Why We Can’t Succumb to Pandemic Fatigue 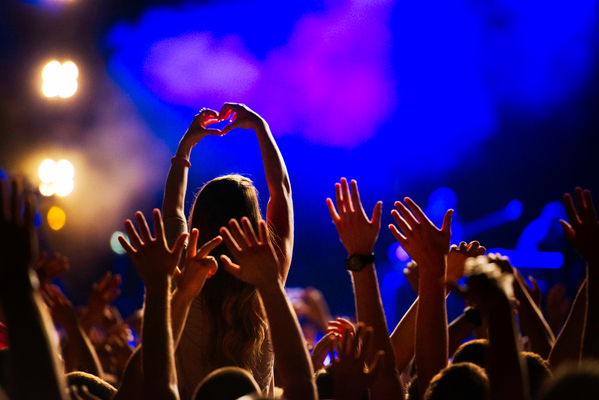 I admit it: We let our guard down.

In late April, I traveled with three friends for a guys’ weekend in Richmond, Virginia.

Throughout the pandemic, we’ve carefully followed federal guidelines: We’ve all worn masks when called for, we’ve socially distanced, and we’ve each received at least one booster; two of my friends had recently gotten the second.

But after the Centers for Disease Control and Prevention (CDC) eased its mask and social distancing guidelines in February, we cautiously yet gleefully removed our N-95 masks. For our Richmond weekend, we rode together for four hours roundtrip on I-95 with the windows up, crammed multiple times into our old hotel’s tiny elevator, dined and drank in crowded restaurants and bars, and interacted with everyone from Uber drivers to baristas.

When we returned home that Sunday, I took a home test for COVID-19. The result: Positive. I quickly texted my friends. They all tested positive, too.

The four of us had succumbed to pandemic fatigue, and we’re not alone. In a January 2022 survey from the Kaiser Family Foundation (KFF), three in four adults said they were “tired” and “frustrated” by pandemic measures; the numbers were similar among Republicans and Democrats alike.

Yet as our positive tests showed, fatigue and its alluring flip side — liberation — may come with a price. As of June 22, the CDC reported a 7-day moving average of daily new cases of 97,430. Some reports suggest that the actual number of cases could be five times higher due in part to unreported at-home testing. And pandemic exhaustion may be spurring resistance to more stringent measures. In May, lawmakers in California, citing a mix of changing public sentiment and pandemic fatigue, withdrew bills that would have enacted vaccine mandates.

With 66.9% of the U.S. population now fully vaccinated, and less concerned that COVID-19 is a death sentence, has pandemic fatigue made Americans too relaxed?

Camille Garrison, MD, thinks so. While traveling by plane with her family in June, Garrison, associate director of maternity care and director of Columbia St. Mary’s family medicine residency program at the Medical College of Wisconsin, noted that only a few passengers and flight attendants were wearing masks.

“Every time someone coughs or sneezes, I wonder how those who are unmasked feel,” Garrison typed from her flight. “I know how it makes me feel as a physician.”

Once more children are vaccinated, Garrison suspects she’ll feel less nervous in public places. Until then, how concerned should we be about pandemic fatigue? And what message should health care professionals send to weary, worn-out patients?

The forces behind fatigue

Pandemic fatigue has been around nearly as long as the pandemic itself — but it’s recently made people less likely to follow precautions, health professionals say.

Among the issues: Many Americans did not anticipate two-plus years of sacrifices, viewing the battle against COVID-19 as a quick skirmish — not a prolonged siege.

“I think psychologically, when we were told to shut down in March of 2020, most people were thinking in terms of weeks, not months or years,” says Wayne Altman, MD, professor and chair of family medicine at Tufts University School of Medicine in Boston. “And the concept of ‘life will never be the same’ is really emotionally challenging for many people.”

The reasons for pandemic fatigue seem obvious. People are sick of wearing masks and avoiding friends and skipping movies, concerts, and happy hours. But pandemic fatigue is powered by other stressors as well, most notably the nation’s culture wars and the arrival of new variants when normalcy seemed near. The result has been a fatigue-fueling, one-two pandemic punch that Altman calls “double fatigue.”

“To be teased with the idea that things might get back to normal, and then have that taken away, it’s tough,” he says.

And because the pandemic became so politicized, he adds, many people were not simply trying to stay safe, but to justify their actions — while resenting those who ignored restrictions and avoided vaccines.

“This divisiveness became exhausting for some folks,” he says.

Misinformation is another contributor, believes Allen Perkins, chair of the Department of Family Medicine at the University of South Alabama College of Medicine.

“We don’t have a strategy for pushing back against deliberate misinformation. It exacerbated pandemic fatigue, and it leads to people taking more risks than they should due to fatalism,” he says. “At some point people have to make calculated risks about what they’re willing to do, and I think we didn’t provide people with enough information to make risk assessments on their own.”

As restrictions loosened in certain states, vigilance became harder for those people who held firm, adds Garrison of the Medical College of Wisconsin.

“To see other states open up more quickly than ours did, I think that made it hard for us to stay in that mindset,” she says. “The lack of consistency across the U.S. made it hard for people to hold on to safety precautions.”

“I think that family doctors in particular, since we’re on the frontlines of all this, but clinicians in general all felt that we were whipsawed by the government’s inconsistent response early on,” says Cynthia Haq, MD, clinical professor and chair of family medicine at the University of California, Irvine School of Medicine. “There was a lot of confusion initially and even ongoing about, okay, what guidance are we following now, because it was changing day to day, week to week. And I think that has created a level of fatigue where we think, ‘Is this thing ever going to be over?’”

As the Omicron variant swept across the nation in January 2022, Derek Thompson, a staff writer with The Atlantic, coined a term to describe the attitude of many vaccinated Americans: “Vaxxed and done.” The idea: These people dutifully followed every public health measure, but they’re ready to treat COVID-19 like seasonal flu and live their lives.

Many vaccinated and boosted Americans also believe that they’ll inevitably contract the virus, despite their precautions. In the January 2022 KFF survey, 77% of respondents said that most Americans will eventually get COVID-19. And because the vaccinated and boosted often have milder, cold-like symptoms — and because hospitalizations due to COVID-19 are at a very low level — many are willing to shed the mask or hop on a plane. A May 2022 Axios-Ipsos poll found that 63% of Americans think there is only a small risk or no risk in returning to their “normal pre-coronavirus life.”

“More and more people are saying, ‘Enough.’ They’re tired of putting off weddings and trips, and they want to resume their lives,” says Rachel Noble, a licensed therapist in Washington, D.C., who has written about mental health for AARP and The Washington Post. “They’ve decided that embracing a normal life is worth the gamble.”

What messages should health care professionals send to the “vaxxed and done” crowd? Perkins notes that while pandemic fatigue is real, so is COVID-19. It’s still dangerous — and not everyone is exhausted. He works primarily with elderly patients, for example, and he finds they’re more fearful than fatigued.

“They’re afraid and they feel strongly that we need to be more respectful of the risks to the elderly,” he says.

Some physicians say the key is being honest with patients about ongoing risks, including long-COVID, recommending the same precautions (masks, distancing, handwashing, gathering outdoors rather than indoors) and advising them to evaluate surroundings and adjust their behavior accordingly, such as wearing a mask on a crowded subway train. It may also help to remind them what’s at stake.

“None of us want to go back to where we were in March and April of 2020,” says Garrison. “That still resonates in my mind whenever I’m in a public setting.”

“There are those who feel like COVID was overblown, and masks don’t work, and vaccines are questionable, and they’re tired of talking about COVID,” he says. “And I think it’s appropriate with those folks and folks who have pandemic fatigue to say, ‘Yeah, this has been incredibly frustrating and incredibly challenging.’ I think it’s important for all of us to listen to each other’s perspective.”

The most essential message, however, remains this: Vaccination is the best tool for allowing people to safely enjoy life and shake off that lingering pandemic fatigue.

“If you’re praying for a miracle, it’s here — it’s these vaccines,” says Perkins. “This is an amazing discovery that happened to be on the shelf at the right time, and there is not a point where natural immunity is better than vaccine immunity for this disease. Ever.”

Ken Budd
Ken is an award-winning writer who covers travel and health for The Washington Post Magazine, Travel + Leisure, and The Atlantic, among others.
SHARE:
Topic:

Article
Get to Know the AAMC Innovations Grant Winners

Addressing harmful health misinformation is at the core of the work being done by educators across health professions.

Topic:
Article
What to know about BA.5, Paxlovid, and new vaccines coming out this fall — AAMCNews

Most people now have immunity against severe disease and death due to COVID-19, but experts hope new vaccines will curb infections and prevent further mutations